Protect your assets. Protect their future.

HERE TO PROTECT YOUR FUTURE

Here at Regan Law Firm we are dedicated to guiding individuals through the legal logistics of Business Startups, Probate, and Estate Planning.  We know you’ve worked hard for what you have, and we are here to help you protect it for your future. Whether you’re single, just starting a family, or praying for grandchildren while living off retirement funds, Regan Law Firm is here to give you peace of mind.

Blaise Regan is the founding attorney of the Regan Law Firm in Abilene, Texas. While many attorneys try to practice everything under the sun, Blaise focuses exclusively on Probate, Estate Planning, Guardianships, and Business Law. By focusing on only those few areas, Blaise is able to provide a deeper knowledge of the issues his clients may face in those areas. His experience in probate litigation helps him draft estate plans that address issues before they become costly litigation problems.  He routinely works on estates with properties throughout multiple states and with assets in LLCs, partnerships, and small businesses.

Blaise’s other legal passion is helping small businesses start and grow. It’s so important for a brand new business to start off on the right foot as an LLC or corporation because it offers protection and credibility to the business.  Blaise doesn’t stop at just creating the LLC for the client but continues to help the client with insight in advertising, payroll, and general business tips. Business plans, loan proposals, interest assignment are all part of what Blaise can bring to each of his clients.

By founding and running his own firm, Blaise is able to pick and choose which clients he takes on and serves. The relationship with the client is more important than having a large volume of clients. In a small town, good quality work is the best form of advertising.

He earned his J.D. from St. Mary’s University School of Law and his B.A. from Texas Tech University. He has been on the board of the Boys and Girls Club and on the Parish Council for Holy Family Catholic Church, where he is a member of the Knights of Columbus. He serves as an Attorney Ad Litem and Guardian Ad Litem for Taylor County. He is also a member of Abilene Young Lawyers Association and was a member of the Abilene Bar Association.

WE MAKE YOUR BUSINESS OURs

Regan Law Firm takes pride in counseling individuals and business clients in matters relating to Business Litigation and Estate Planning. We'll hold your hand through the entire process and give you peace of mind in knowing your assets are protected and your future secure.

It is all too easy, and all too often the case, that we put off or postpone planning for our death until it is too late.   A solid Estate Plan,  can ensure that your estate passes to those you love and give you peace of mind knowing your spouse and your children will be taken care of and secure.

Download the questionnaire and bring it to our first consultation.

DO I NEED TO PROBATE A WILL?

Even though your loved one may have died with a Will, it is not always necessary to actually probate the Will. The decision to probate depends on a number of factors, including what property is being left behind by the deceased and who the beneficiaries are. Generally, real estate property left behind has to pass through Probate (or a Trust); however, if there are only personal items left by the deceased, it is often possible to avoid probate or take a less expensive route.

DO I NEED A WILL?

A Will allows you to direct exactly who receives your assets after you have passed. A Will gives security and peace of mind to your spouse or children, secure in the knowledge that they will be taken care of and the property will remain in the family or go to your specific beneficiaries. Without a Will, your assets go according to the laws of Texas. As discussed above, by simply having a Will you will save your Estate close to a thousand dollars just in fees and publications costs alone.

DO I NEED A TRUST?

A Trust is a great tool, but it is not for everyone. Those who benefit the most from having a Trust are: a family with only one breadwinner; a couple with more than one piece of real property; a couple with children under the age of eighteen; a couple with a special needs child; and a couple wanting to avoid Probate or a Will contest entirely.

We LOVE TO TALK...AND WRITE

At Regan Law Firm we push ourselves to improve every day so we can better serve you. We have an insatiable drive to become better every day and to never stop learning and improving. Since we could talk for hours about what we've learned, we've decided to spare you and instead let you read our blog at your own pace

Effect of Divorce on my Will and Power of Attorney

A lot of things end at the time of divorce, not just a marriage.

If you’ve been smart and had an estate plan prepared while you’re married, you now need to be proactive again. Upon divorce, many documents cease to have their same effect. That can often be a good thing, but it can leave holes in your estate plan if you’re not aware of the changes.

For your Last Will and Testament, if you had everything in your estate going to your spouse upon your death, that changes too with your divorce. Now, the Court will consider your spouse to have predeceased (died before you) and it will go to the next person listed in your Will. A major problem that we often encounter here is that they didn’t list an alternative beneficiary, so instead of going to a specific person you may have in mind, it instead goes to all your heirs at law, whomever they may be.

Also, with your Last Will and Testament, it’s very common to name your spouse as your Executor of your Will and Estate. If you’re now divorced, your spouse loses that position too, meaning you need to make sure you  have an alternate Executor named or amend.

It’s a good idea to revise your Will and Estate Plan immediately after the divorce is finalized. Your family has changed, your situation has changed, and your assets and estate have probably changed too (hopefully for the better, but more likely for the worst) so your Estate Plan needs to take these new changes into consideration.

Who Can Serve as Executor or Administrator of an Estate

Many people want to be in charge of their loved one’s Estate because it comes with a lot of power and authority, and they believe they are the best ones to carry out their loved one’s wishes. While that may be the case, the State of Texas has some reservations who qualifies as the best choice for the Executor or Administrator.

Section 304.003 of the Texas Estates Code states that a person may not serve as an Executor or Administrator who is:

(3) a nonresident of this state who:

(A) is a natural person or corporation; and

(i) appointed a resident agent to accept service of process in all actions or proceedings with respect to the estate; or

(ii) had that appointment filed with the court;

(4) a corporation not authorized to act as a fiduciary in this state; or

(5) a person whom the court finds unsuitable.

The point that disqualifies the most people is number (2) a felon may not serve. Whether the crime was committed two weeks ago or five years ago doesn’t really matter. That person is still disqualified. It’s important to tell your attorney if you are a convicted felon because you could spend thousands of dollars on the Application to be appointed, only to be denied because of the conviction.

This is a good reason to always have an alternate named Executor in your Will, in case your first Executor is disqualified.

Second, there is an order of preference the Texas Estate Code has in who may serve as the Executor.

(a) The court shall grant letters testamentary or of administration to persons qualified to act, in the following order:

(1) the person named as executor in the decedent’s will;

(3) the principal devisee of the decedent;

(4) any devisee of the decedent;

(6) a creditor of the decedent;

(7) any person of good character residing in the county who applies for the letters;

When Does Power of Attorney End

I get several calls a month from people saying that they don’t understand why they need to probate their mom’s estate (or their spouse’s, dad’s, brother’s, sister’s estate) because before they died their mom signed a Power of Attorney naming them as their mom’s agent. Or, even worse, they call and say they’ve already taken care of their deceased loved one’s estate using the Power of Attorney.

The Executor or Administrator is the person that takes charge of your mother’s estate. In some cases, that may be you too. If your mother named you in her Will to be her Executor, then you will apply to the Probate court to be named Executor. If you are appointed Executor, you will be able to transfer assets in your role as Executor, but not as a Power of Attorney Agent.

It’s best to contact an attorney before you transfer any assets using a Power of Attorney as self-dealing and embezzlement charges can be levied against you even when you are acting with the best of intentions.

*Nothing in this Article is to be considered as the rendering of legal advice for specific cases, or creating an attorney-client relationship, and readers are responsible for obtaining such advice from their own legal counsel. This article is intended for educational and informational purposes only, and no warranty or representation is made as to the accuracy or completeness of the information contained herein. 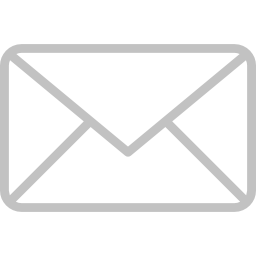 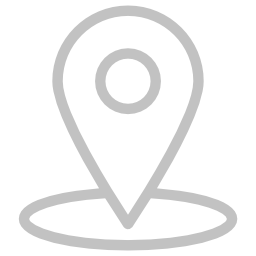 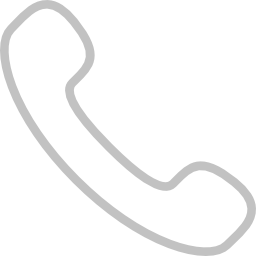